Thomas G. Kelch is a professor of law at Whittier Law School in Costa Mesa, California and has been teaching animal law for more than 20 years. He has published a number of articles on animal law issues, including pieces on culture and animal law, the property status of animals, the role of feminist theory and the emotive in animal law, the history of animal law, and alleged First Amendment justifications for animal experimentation. Professor Kelch has also spoken at numerous conferences in the United States and Europe on animal law issues. For more than ten years, he has taught International and Comparative Animal Law in Santander, Spain and Toulouse, France, and has recently written a book on this subject, GLOBALIZATION AND ANIMAL LAW. Professor Kelch graduated from the University of Michigan Law School, has a M.B.A. from the University of Southern California and a M.A. in Philosophy from University of California Irvine. 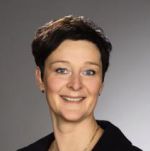